No, it's not cool to be called "El Nabo Gigante" 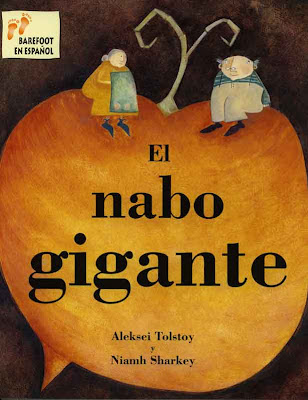 It seems like all the big important milongueros have nicknames. Tete. Pocho. El Flaco. El Nene. El Pibe. Pepito. El Chino. There's nothing like a nickname in castellano (or some other foreign language) to give a good tango dancer an air of importance and mystery - and a feeling that he is approachable, down to earth and "one of the good guys!" The nickname may even say something about a dancer's style of dancing, personality, how he looks like, where he comes from - no matter how you put it, nicknames in tango are crucial.

But we're talking about really good dancers and Argentina here. For all the rest of us in "gringotangoland" - before we run to the nearest Larousse Diccionario Enciclopedico to look for a super-cool moniker for that special instant cache - maybe a word of warning is appropriate.

So, without further ado, we present this edition of

Yes, now the circus is a real career option for athletes and would-be entertainers - seems like everyone is going to clown school or circus training these days. However, we doubt that people are calling you by these nicknames because they admire your acrobatic grace on the dance floor and are assessing your suitability as candidates for the Varekai or Draglion world tours. They probably don't even think that your triple enganche triple colgada combinations on a crowded milonga floor are all that funny.

What they are probably thinking is that they would like to get a hold of you and fourteen other dancers like you and stuff you in a little teeny-tiny car that apparently can accommodate at least ten to fifteen clowns - and hope that you and your merry crew will drive off the Scarborough Bluffs right into Lake Ontario.

I know that many people think "El Pulpo" is kind of cool and "rock n' roll" and he's developed his own style of dancing that is very attractive to the participants of CITA and tango festivals worldwide. I also know that a lot of you out there love to enjoy a tasty seafood dinner with a little horseradish or butter sauce on the side.

But what are they actually talking about when you, as dancer, actually become the seafood? Could it be the way that you are walking that makes people compare you to well, the "catch" in "The Deadliest Catch"? Do you have a little roll-y spring-y action going on in your dancing that makes onlookers feel a little seasick? Or could it be the smell coming from your socks?

Tip: Any tango nickname with a whiff of the sea - NOT GOOD.

My accountant is a very respectable, upright citizen. He has his own office and employs a staff of seven, and he's been in the same location for the past twenty years. He helps people with their tax problems, and his audits are strictly in accordance with the standards of the Institute of Chartered Accountants of Ontario. Tax times are busy for him. He drives a Volvo. He has had the same haircut since Michael Jackson's Thriller album came out and he has a wardrobe filled with jackets and pants in the same colour, cut and pattern. He works really hard, even on Saturdays, and I haven't ever heard him say he has gone on a holiday. On Sundays, without fail, he will go shopping with his wife, and then either play a round of golf with friends he has known for thirty years or if the weather is bad, he will stay home and watch tv. For Sunday dinner with the family he will have either homemade roast chicken or meatloaf.

Sure, he makes a lot of money. But are you sure you want people to say that you dance like an accountant?

This could be either a reference to the effect that you have on people's party mood (i.e. wet blanket), or maybe the fact that apparently you haven't washed that rag you call "a towel" you use to mop your sweaty head for a few weeks now.

Or could it be that enticing and pervasive odor of slimy mildew that you find in the basement of houses that have been condemned due to infestation by poisonous mold spores that seems to envelope you and everyone around you within a two metre radius?

5. "El Capon" (the capon), "La Princesita" (the little princess), "La Duquesa" (the duchess)
These are just another way to say, as they would say in my 'hood - "Excuse me, your panties are showing." Even if you are dancing like you've never gone further than first base despite all your fifty years of existence, or if you find that plenty of women are more of a "man" than you are - any of these nicknames are an obvious insult to your manhood. AVOID. I repeat, AVOID.

Kevin Costner was once in an epic movie of the Civil War era in which he played the "great white savior" for a Sioux tribe. For his great strength of character and heroic actions (not to mention really magnificent hair and makeup), and a little scene in which he well, "Dances with Wolves", he is named by the tribe as Shu-mani-tu-tonka Ob' Wa-chi , or "Dances with Wolves".

If a tribal elder solemnly decides that you should be granted the name of "He Dances like Turnip", maybe you should do a little mind-merge with said turnips with the whole of your body, mind and spirit and reflect deeply this question:

What is it about my dancing that invites comparison with the mystical old soul of the good and honorable turnip?

"You must be joking. Who doesn't want to be "Fabio"? Everyone coverts him, adores him, wants to be him. I'm a guy and I still want to have his babies."

Email ThisBlogThis!Share to TwitterShare to FacebookShare to Pinterest
Labels: Warnings and Dangers