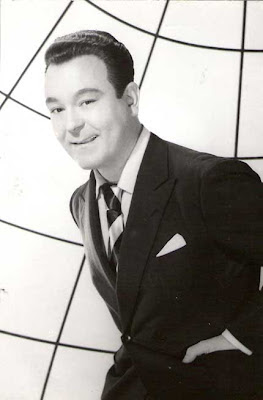 Another busy weekend here for Tango in Toronto - Susana Miller will be teaching workshops here in Toronto throughout the weekend.

Man Yung and I are planning to go to some of the special events, but that doesn't mean we're not going to have our practica! The playlist for tomorrow is as follows (even though we might not have any energy to dance to it after all the excitement):

Dear DJs: Enrique Rodriguez is your friend. His music is really consistent, and a large proportion of his tangos sound nice and are suitable for dancing. His music is spooky and tango-y. Use him and get instant dance ambiance.

One thing about Rodriguez's very consistent, always sounding the same music is that many of the tracks are inter-changeable in a tanda. You can never go too wrong. Mix it up! Try different tracks! Be bold! BECAUSE: if you play the SAME tracks of "very consistent, always sounding the same" Rodriguez in the SAME order again and again milonga after milonga - you will bore your poor patrons to tears.

I ended the Rodriguez tanda with "El Encopao" - I think it's really terrific, one of the more nuanced and emotional Rodriguez tracks. It brings out the lyrical quality of Alberto Moreno's voice, which is sometimes pushed into the background in other Rodriguez's tracks because of the very consistent, regular orchestration.

"Necesito Olvidar" continues the emotion and lyricism of "El Encopao", notice that neither are gut-wrenchingly dramatic, but both are wistful. "Necesito Olvidar" was one of the songs used in the National Geographic documentary on tango - my post about this is here.

During the rest of this Di Sarli tanda I am playing with the tempo. I find that a lot of Roberto Rufino's Di Sarli tracks are on the fast side - sometimes unskilled placement of his songs in a tanda results in a jarring, confused feel to the tanda. The dancer will find it hard to find his/her bearing if a fast tango and a slow tango (or vice versa) are placed side-by-side.

I am trying to get around this by putting the faster track "En un Beso la Vida" in second. It doesn't seem out of place for this track to follow "Necesito Olvidar" although it is slower, because of the similar souring melodies on both tracks. I progress to "Todo" which has similar urgent "staccato" singing as in "En un Beso la Vida", but slower, and end with the slow and lyrical "Manana zarpa un Barco".

I didn't used to like Alberto Castillo during the first two years of our "tango life". My attitude then could be summed up in the comment of a fellow dancer, who once remarked to me "I don't like the older scratchy tangos with really nasal singing."

As we danced more, I have learned to really love some of Alberto Castillo's tracks - either with Ricardo Tanturi, or with his own orchestra. His tangos I find ok. But where he really excels for me are his valses, milongas and candombes - his method of singing totally compliments the type of music he is making in this respect.

I don't know how to analysis vals compas, and I don't have any complicated theory about STRONG beats and WEAK beats and when you should walk, run or not run (Sorry, I think it is kind of ridiculous to dwell on these things, our teachers taught us the principles of how to dance vals in three minutes without a single sentence of theory) - but I know that when Alberto Castillo sings a vals, his voice BECOMES THE VALS. Is it the way he moderates his voice, one moment assertive, the other moment imploring? Is it the way his voice swoops from low note to high note and back again? I just know that when I dance to an Alberto Castillo vals with Man Yung, we soar and swoon on the sound of his voice.

Here's a video of Alberto Castillo singing the vals "Los 100 Barrios Portenos". So beautiful, and all he is doing in this song is listing all the names of the Barrios or neighbourhoods of Buenos Aires, and how much he loves them:

Alberto Castillo is one of those singers who can be singing from a phone book - and still create a vals cadence so compelling and so enchanting you wouldn't even care.

I confess I have a big weakness when it comes to making a tanda of Di Sarli Instrumentals. They inevitably end up including "El Abrojo", "Champagne Tango" and "Indio Manso". I just really enjoy dancing to these tangos!

All of these tracks have superb fidelity. Man Yung says that when he hears the opening notes of "El Abrojo", it feels like his heart opens up, there are endless vistas on a sublime plain - so carefree. "Champagne Tango" - starry nights, high society. And "Indio Manso" - innately peaceful. There is a superb video I've seen of Portalea dancing to "Indio Manso" on Youtube - hearing the track immediately reminds me of Portalea's elegant expression of the cadence of this music.

There's so much I want to say about Angel Vargas, I'll have to save it for some other time.

It is absolutely necessary to maintain the intensity of late Di Sarli instrumentals in the music if it is followed by a tanda of tango. One way is with a tanda of mid to late Pugliese, or a tanda of Pugliese style orchestras like Color Tango or Alfredo Gobbi, or really late D'Arienzo (but so far I don't like really late D'Arienzo as a rule - way too brassy). Tangos by Angel Vargas and his orchestra is also a nice choice. In most of his tracks, there is rich orchestration, good fidelity, and of course - magnificent and emotional singing. Vargas sings without much vocal fireworks, but his voice touches your soul.

I first heard "Noche de Locura" in a video of Geraldine Rojas dancing with her husband Ezequiel Paludi at their performance at Porteno y Bailarin. They sometimes have quite unconventional choices for performance music, but the impression I got from their performance was that it was a very personal, romantic tango for them. I love it. I ended this tanda with Vargas' version of "El Adios" - I love this version as much as I love the version by Edgardo Donato. The link to Alberto Dassieu's performance of this tango with Eva Garlez at the Milongueando festival is here.

After all that intensity, what could be better than a tanda of Donato's milongas? They are playful, and catchy, and they make you want to dance milonga. And they are not insanely fast!

DJ Keith Elshaw's comments on Donato's music and especially "Ella es Asi" are here.
Posted by Irene and Man Yung at 1:04 AM

Email ThisBlogThis!Share to TwitterShare to FacebookShare to Pinterest
Labels: Creating a Playlist, Music

I also love the Di Sarli instrumentals. Six hours ago I danced a Di Sarli tanda with Humberto. It was so wonderful and satisfying that I could have called it a night and gone home. I didn't. I stayed around for more tandas with him, including the D'Arienzo valses and tangos by Troilo. We danced six tandas together in four hours at Lo de Celia. I didn't dance with anyone else.