Shuhari is a Japanese martial arts concept, and describes the stages of learning to mastery. It is sometimes applied to other disciplines, such as Go.

A rough translation of the three stages:

Back in my Goju-Ryu karate/martial arts days, this was how students were supposed to progress in "The Way of the Empty Hand" ("Karate-Do" - "Karate" meaning "Empty Hand", and "Do" meaning "The Way".)

The concept of Shu-Ha-Ri can be applied to the mastery of any discipline - even Tango.

But since we are all apparently Tango geniuses in Toronto (can you say "tango teacher to student parity"? Every second person you talk to is giving private classes. Bet you can't get that just anywhere), Toronto has it's own very special take on Shu-Ha-Ri:

2. Toronto "HA" - Adamantly do your own thing at the workshop irregardless of what is being taught. Maybe even teach a "better version" of the workshop material to your hapless workshop partner.

3. Toronto "RI" - Promptly forget about everything you learned at the workshop. You weren't paying attention anyway.

This way, Toronto tangueros/tangueras can constantly maintain a state of blissful uninterrupted transcendence, and yet have something nice to add on to their resumes! A win-win situation all around.
Posted by Irene and Man Yung at 12:28 PM 4 comments:

This is not Dolly 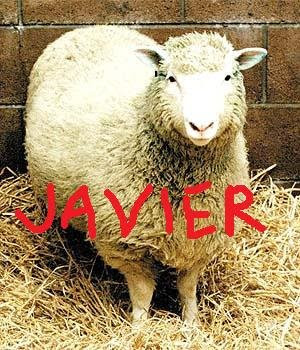 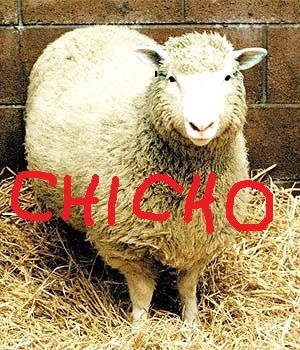 Good job, folks! Congratulations are in order.
Posted by Irene and Man Yung at 2:26 PM No comments: 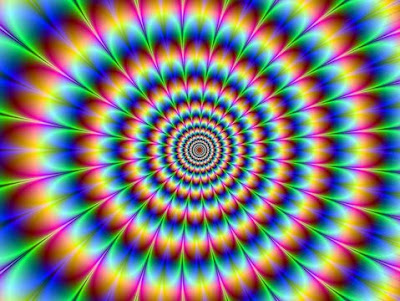 Could someone please tell the skinny young flaquita* in the tissue-thin harem pants to stop doing the "Iron Curtain salute" with her left arm whenever her partner leads an ocho cortado?

What is the meaning of this movement anyway? Does she have an uncontrollable twitch that could only be relieved by shooting her arm up to the beat? Or is it something about the ocho cortado that makes her want to slide her armpit all over his shoulder?

I am worried about the strength of her deodorant - or perhaps I don't need to worry, this is the precisely the way she proves that her deodorant works really well - "Look, Ma, no streaking!"

AAAARRGGGGGHHHHH!!! I am falling into a hypnotic stupor............ Her repetitive adornation putting me in a deep trance within which disturbing truths about this moment in time are surfacing into consciousness:

1. Hey, no-one in this place knows how to dance to Biagi. Ocho cortados aside, they are all flailing, flailing, flailing limply and helplessly, like the Terminator T-1000 in a vat of molten metal.
2. Is the "Iron Curtain salute" all she can do? Can you say "Embryonic Adornista"? She really needs a crash course with Eugenia Parrilla. Or Andrea Misse. Or Geraldine Rojas. I'm sure I have forgotten to mention someone here. In fact, probably everyone.
3. Heh, my posts on "The History and Origins of Follower's Adornment Techniques" were pretty nifty.


* Flaquita: Female. Young. Attractive. Thin. Or, everything that Irene should aspire to be, except that she is too busy not exercising, wearing unattractive unisex sweats, wolfing down ice cream, and not following a rigorous nightly moisturizing regimen - sometimes all of the above at one sitting! 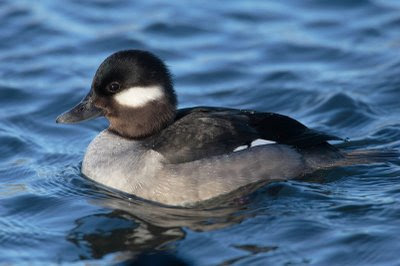 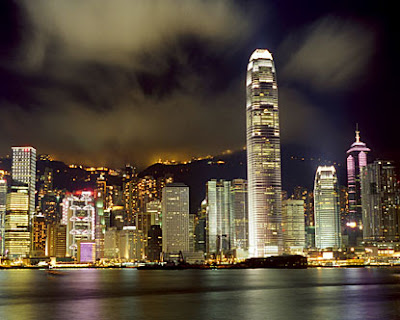 You may have noticed a bit of a radio silence over the last week or so on "Irene and Man Yung's Tango Blog". This was due to the fact that there was a remarkable lack of "Tango" going on due to "Irene" and "Man Yung" being on opposite sides of the world!

It is kind of difficult to engage in any tango embrace when there are oceans separating the leader and the follower. Even the super open-embrace nuevo stuff becomes a little tricky trans-continents. I bet not even the mighty Chicho can bridge a gap like this by telephoning in his dancing long-distance (Or perhaps he could. Didn't he do it for Cosmotango 2004?)

Man Yung had to make an emergency trip to Hong Kong. Yes, he did experience a little Hong Kong Tango, but his trip was more poignant and remarkable due to the following "life-lessons" he learned while being there:

...and I mean "human soup" kind of hot. The high temperatures with the extreme humidity, pollution, lack of circulating air due to the density of the high-rise buildings, and the masses of sweating bodies everywhere made it necessary for Man Yung to take a shower at least 3 to 4 times a day.

So why was Man Yung sometimes spotted wearing a sweater, scarf and knit cap while he was in Hong Kong? It was because the air conditioning in the indoor areas in Hong Kong was always set to "f---- ing freezing". Like what they say in the energy conservation ads with environmentalist David Suzuki, you can raise penguins indoors with that kind of extreme air conditioning.

Hong Kong style Cha Chaan Teng, translated as "Tea Restaurants", are now everywhere. There are hardly any other kinds of restaurants left because it seems that every second store is a Cha Chaan Teng.

Just in case you don't know what a Cha Chaan Teng is, it is a kind of cheap, no frills semi-fast food restaurant that serves minimalist food from buns to instant noodles to quick fried rice/noodles. There's also tea and coffee, drinks with tea and coffee, or both, or other drinks of varying brown or black colours that may have ingredients originating from tins. Don't expect much in terms of service. And did I mention that it's cheap?

Why the proliferation of Cha Chaan Teng? It's because life is even more difficult in Hong Kong than the last time we were there, about four years ago. Business is even more competitive, the economy is no good, and cost of living is rising. Hong Kong people didn't doggie bag leftovers four years ago - yes, wasteful, but it was a status thing to be wasteful. But now they are starting to. And they eat at Cha Chaan Teng all the time.

Man Yung's Crocs were worn down so he went to the Hong Kong Crocs speciality store for a new pair. He chose a colour (Red) that shocked and terrified his entire family.

But what was more shocking and terrifying was that there are actually Crocs that have the words "China #1!!!!" imprinted all over the front.

Man Yung asked the sales associate, "So, I see you have patriotic Crocs."

The sales associate replied, "Yes, we do."

And Man Yung pointed out, "It's not very patriotic to be stepping all over 'China #1!!!!' with your feet. Shouldn't you have those words somewhere else then, like, on your head?"

When checking into the hotel, Man Yung asked the hotel clerk whether the hotel room came with ghost.

The clerk said no. I guess you may have to pay a hefty surcharge for that kind of extra, and Man Yung didn't look like he had the bucks.

Upon overhearing that particular conversation, the face of the next hotel guest in line drained of colour and his hair started to stand on end. He must have been very disappointed that the room charge wasn't inclusive of haunting.

5. It is, well.... kind of difficult to fly out of Hong Kong during a Signal No. 8 Typhoon

For those people who did not grow up in Hong Kong, when a Typhoon strikes the Hong Kong area, the Hong Kong Observatory puts out a warning signal depending on the severity of the Typhoon. The signals are respectively: #1, #3, #8 and in cases of the strongest gale force winds and severe weather, #10.

Just as Man Yung was preparing to fly out of Hong Kong, the Hong Kong Observatory put the territory on alert for the #8 Typhoon signal. All schools for the day were announced closed. Taxis starting charging $200 HKD extra on top of their $400 HKD fare from Hong Kong Island to the Airport (It's because insurance will no longer cover them if they continue to accept fares - scary stuff!)

Luckily, Man Yung finally caught a bus to the airport after waiting a long time in the wind and rain. And it was like the LAST bus available, the route was being shut down because of the weather. Whew!

The gusty winds and torrential rain were so severe that the bus didn't travel as normal on top of the Tsing Ma Bridge to the Airport, because the bus would have been blown clean off the bridge! Instead, the bus traveled in the sheltered carriageway in the lower deck of the bridge which is only open to traffic during this kind of typhoon weather.

Man Yung finally arrived safely at the airport in one piece. However, it was an ordeal getting the plane off the ground. There was a 2 hour delay between boarding and take off, as the plane couldn't get off the ground due to the weather conditions.

Despite all this, Man Yung's plane still arrived in Toronto 15 minutes ahead of schedule! Although it was hell rushing to make the connecting flight in Newark.

Coming up next - Life lessons learnt in the Tango Jungle of the Hong Kong milonga....

Posted by Irene and Man Yung at 5:15 PM No comments: