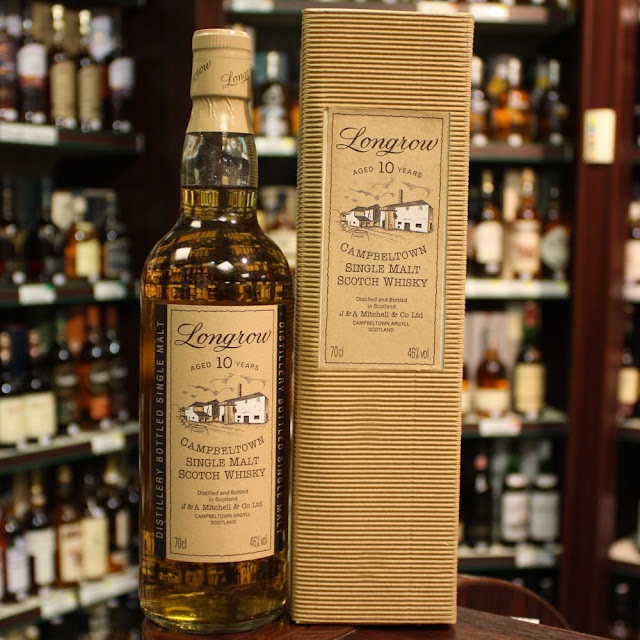 Whisky is Man Yung's favourite drink.  More than wine, more than beer, more than brandy.  In Hong Kong when Man Yung was a young man, whisky was not very popular.  People liked to drink traditional Chinese double distilled rice spirits (burned like hellfire going down, but cheap and widely available), or, if they were snootier and wealthier, they'd drink cognac.  There was a rumour going around that whisky reduced a man's...manly power, so the men would stay away from it.

"Why did you still keep on drinking whisky back then?  Weren't you afraid that the whisky will reduce your manly power?" I asked Man Yung.

Man Yung scoffed.  "The trouble was that I had TOO MUCH MANLY POWER.  Had to find a way to make it less!"

Once Man Yung was invited to dinner by a friend.  The friend asked what kind of drink Man Yung would like.

"I thought you were going to get Johnnie Walker!" said Man Yung.

"I thought you meant - Red Label!" replied the friend, waving the bottle of rice spirit.  "How was I supposed to know you meant scotch?"

The other people might have no idea, but Man Yung knew plenty about whisky.  White Horse.  Vat 69.  Black and White.  Dimple.  There wasn't much single malt available in Hong Kong in the 70's, but Man Yung knew all the blends. Man Yung's favourite at that time was Black Label (Johnnie Walker, of course).

Fast forward twenty years later.  Knowing how Man Yung loves his scotch, I got a book out from the library to do some research. Everything you may want to know about single malt. The book made me confused.

"Why do all the bottles and labels look the same?  Why are there so many different freaking brands?" I flipped the pages impatiently.  "Man Yung, you have to help me out here."

Man Yung took a look.  "Well, I've had Glenfiddich and Glenlivet.  Drank a whole 1.14 litre bottle of Glenfiddich with a buddy in one sitting once.  Pretty good stuff."

"What about these other ones?  Aultmore?  Old Pultney?  Strathisla?"

Man Yung hadn't heard of them.  So we went on a field trip to the LCBO.

Luckily at that time LCBO was pushing the "Six Classic Malts".  Made it easy for us to learn about the different styles of single malts.   There was Glenkinchie, from the Lowlands.  Fruity and sweet.  Dalwhinnie, from the Highlands - Elegant and light.  Oban, from the West Highlands - like sea air, with a certain ozonic flash on the finish.  Cragganmore, from Speyside - Peaty and smooth.  Lagavulin, from Islay - smoky and strong.  And lastly, Talisker, from the Isle of Skye: rugged and intense; warm; briny and powerful, like a stormy sea under a rolling cloudy sky, like a handsome ebony-haired Byronic hero sailing into a maelstrom on an noble and impossible quest...

"You are only writing all this about bodice-ripping romantic novel hogwash about Talisker because it's your favourite!" said Man Yung.

Yes, Talisker is my favourite.  Man Yung agrees, it's terrific - layers of smoky flavour, lasting warm finish like rays of golden sunshine... I may have tasted better, more higher-rated whiskies since then, but Talisker will always be my favourite scotch.

What about Man Yung?  He likes a special little whisky called Longrow.  The distillery that makes it is actually called Springbank - and it's one of the last surviving distilleries in Campbeltown, which used to have so many distilleries it was named "Whisky Capital of the World."  Now only three are left.

Springbank usually makes a single malt called "Springbank".  Longrow was the distillery's experiment in making a heavily peated styled of whisky on the mainland, comparable to those made on the Islay (like Lagavulin).

They succeeded even beyond their wildest dreams.  Longrow is stuff of legend.  I'm not going to describe what it tastes like.  I'm just going to say that with one sip - Man Yung FELL IN LOVE.

In 2000, we managed to get our hands on two bottles before LCBO ran out.  Man Yung didn't dare drink too much, LCBO wasn't stocking any more.  He only drank Longrow on special occasions, when it was quiet and tranquil and everything was good and beautiful with the world.

It took Man Yung years to finish the two bottles, but all good things come to an end.  And, as I said, LCBO didn't stock Longrow anymore.  Until about 2011.  LCBO carried "Longrow" again! We were jumping up and down in excitement...until we tasted it.  Will remember that frickin' orange boxed watered-down disappointment forever, and not in a good way.  Some nonsense about being an "Entry-level" Longrow.  Wasn't even close to the Longrow that Man Yung fell in love with.

We were browsing through the single malt selections at Summerhill LCBO on Saturday when I saw it again.  Longrow.  I double-checked and triple-checked.  Is this some kind of fancy-schmancy entry-level hoodwinking monkey-piss Longrow again?  Didn't seem so.  I said to Man Yung, let's get it.  Man Yung said, No, I don't want to be disappointed.  Let's get Mortlach instead.  No, I said, I'm sure it's going to be okay.  Remember last time, Man Yung said.  Back and forth, back and forth.

Thank god for taste before you buy.  The hoity-toity bohemian-type couple in front of us were taking their sweet time with tasting a whole bunch of high class "Chateau" this, "25 year" that kind of things.  Lots of sniffing and swirling and spitting and making exaggerated faces of disgust.

Hurry up, hurry up, we silently cursed, it was like we had ants in our pants.

Finally, the couple moved to one side to languorously gargle their selections.  The lady behind the counter asked us what we would like to try.

She poured a tiny amount into a tasting glass.  "Could I have a bit more?" joked Man Yung.  The lady behind the counter giggled.  The couple stopped their gargling for a nano-second to smirk.

Man Yung took the glass and sipped.  He turned away and made a choking sound.

The lady behind the counter smiled sympathetically while the hoity-toity couple continued to smirk.  Let's laugh at the Hillbillies.  Amateurs.  "It's okay - single malts are a little bit strong!  Would you like a glass of water?" she offered helpfully.

I turned to the lady.  "Oh no - he's not choking," I said, putting my arm around Man Yung and squeezing.  Yes, this was it.  "He's crying.*  It's his favourite whisky in the whole world, and it's been ten long years since he's tasted it."

Manolo once said that there's no shame in being able to feel. It's actually the most precious ability a person can possess.

Life is sweet and cruel.

* Man Yung was really crying.  "When I tasted Longrow again, all the memories came back," he said.

Email ThisBlogThis!Share to TwitterShare to FacebookShare to Pinterest
Labels: Irene and Man Yung dancing (DO NOT LOOK), Martha and Manolo, Toronto Stuff, Whisky 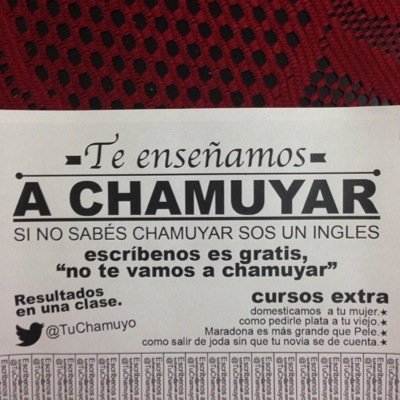 Danced a tanda with one of our Toronto Tango buddies lately.  Such a blast to chat with.   We spend more time talking and joking than dancing, it is terrible.

After the tanda, our buddy remarked, "Wow, that was a good tanda!  I think you listen to the music exactly the same way that I do!"

I had to correct him.  "No, we don't.  My job as a follower is to follow no matter what you lead.  This includes whatever which way you are interpreting the music.  Now, you were doing a pretty good job with the music in the last 30 seconds....but the rest of it was all crap!"

He wasn't offended at all and we both guffawed heartily.  The man has self-confidence like a rock and could take a little bit of kidding around.

Asked a local Argentinian follower my favourite question to ask these days.

"Why do Argentinians easily have the "It" in Tango, and how can I develop more of "It" in my dancing?"

My Argentinian friend is so kind.  "But it's not just Argentinians that have the "It".  You for example - when I was watching you dance with Man Yung earlier, I saw you had the "It".  It wasn't just the way you moved your feet, but your expression.  When I saw your face, I could feel that you had the "It" of Tango!"

"Oh really?" I said.  "But during that tanda, I was not happy at all.  I was super annoyed at Man Yung for digging his right hand into my ribs and I kept on shifting around trying to shake off his grip of doom.  After the tanda, we had an argument!"

Saw Man Yung dancing with a lady I haven't seen before at the recent festival.  Looked like they were having a great time - laughing and smiling from all the way across the room.  When he was leading her back to her seat, I even distinctly heard, "Wow, you listen to the music exactly the same way that I do!"

I act all cool when Man Yung comes back to our table.  "So, how was dancing with that lady over there?"

Just finished a tanda with a local leader.  Man Yung acts all cool when I return to the table.

"Oh, there you are.  How was dancing with so-and-so?" he asks.  "Looked like you were really enjoying yourself."

I also act all cool.  "Okay.  Whatever."  I unwrap a chocolate truffle and offer it to Man Yung  "Want one?"


In fact, it was totally amazing.  Shhhhhhhh!