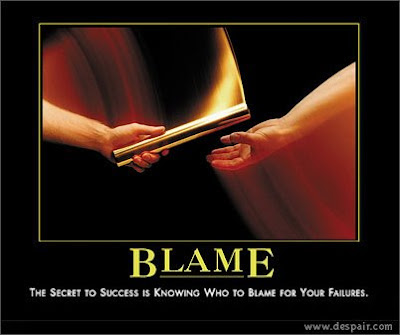 I once took an undergraduate course in psychology (decades ago!) in which one of the topics was theories of personality.

I don't quite remember who the theorist was, and I can't be bothered to dig up all my old psychology textbooks to find out - but I remember vaguely that there is a theory in which people's personalities are formed by various "constructs" of what they believe themselves to be. People will interact with others and the world around them accordingly according to this personality "construct" - and the reactions that the person receives from the "outside" will normally reinforce this "construct" as it is something that usually self-perpetuates. It's what gives a person a consistent "personality".

The trouble starts when events and things on the "outside" happen to challenge the reality of this person's personality "construct", for example: Do you believe you are God's gift to men/women? Then why haven't you been getting any dates? When there is a discrepancy between the "construct" and "reality", it will disturb a person's sense of self. "Normal" individuals can usually adapt to this discrepancy by a number of tactics, i.e. revising the "construct" to make it consistent with "reality", or by denial and avoiding encounters with the cause of the discrepancy, etc.

Denial is an easy tactic to adopt - and blame is one of the consequences. Didn't dance so well tonight with that leader? Well, it's because he has no chest lead and he's doing too many steps. Couldn't do the triple enganche triple colgada combo with that follower? She must be a lousy follow because she hasn't taken enough women's technique classes.

I used to blame Man Yung a lot for the frustrating things that happen in the dance. I too have concluded that I couldn't follow because "He has no lead in his right arm" or "His left arm is too stiff/too forward/too high" or "He's doing too many steps" or "He is not dancing in the right style for me". There were other things to blame too: "My shoes are no good" or "My feet hurt" or "The music is not right". Anything to blame except myself for not being able to follow.

The big change for me came when Elina Roldan came to town. She could obviously follow EVERYTHING. She danced with some dancers who were quite challenging, or whom I knew had less than perfect leads, but she never faltered, she never blamed. She never stopped a man in the middle of the tanda because his hand was too high/too forward/too stiff or his embrace was not ideal to give him a little lecture on what she considered the right lead/embrace for her so that she can follow it.

That was quite an example for me. Yes, it is true that some leads out there are less than perfect, in much need of correction - but I find that blaming the lead has the effect of inhibiting my own progress as a follower. Instead of working on being able to follow, I was making excuses why I can't and blaming the leader. It was a waste of my effort and time to engage in denial activities, when I could use that energy in practicing and learning how to follow. Even those leads that were not perfect, even those leads that were ridiculous.

I found that the less I engaged in blaming, the more I grew as a follower.

Leaders too should take heed: one of the most heinous activities in tango is "teaching on the dance floor". If the leader can't lead what they want to lead, and have to resort to stopping the dance and giving detailed verbal instructions to the follower on what the follower "should be doing in the move", you are not only doing the follower a disservice, you are also doing yourself a disservice. You are dealing with choreography and no longer improvising, which is one of the cornerstones of tango. You will never be able to lead what you want to lead because you are training the follower to do the moves automatically irrespective of lead - and you will never be able to gauge what is wrong with your lead.

So, if you want to become a better dancer, don't waste time and energy and stop blaming! Work on yourself instead. 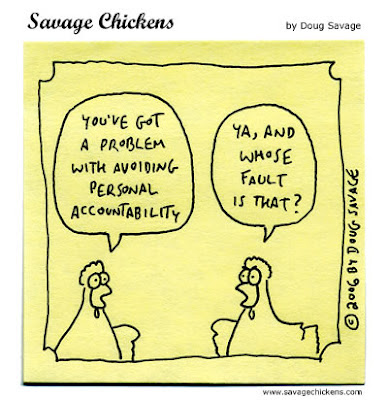