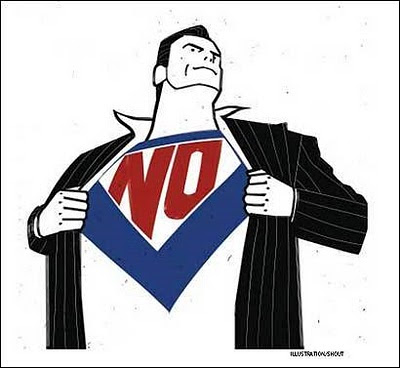 There’s a place in Toronto where no-one ever says “No” to anybody else. Well, that’s an exaggeration, but it is mostly true – the inhabitants of this special place pride themselves on being extraordinarily friendly and accepting. To say “No” to an invitation is considered an abomination, akin to tying tiny animate talking teddy bears to anvils and drowning them in Lake Ontario, or using pink furry bunnies carrying baskets of pastel coloured Easter eggs for bazooka target practice.

I found out the hard way when I mentioned to one of the inhabitants of the land of "Yes" of my habit of refusing to dance with most gentlemen - she turned as white as a sheet. “I NEVER SAY NO IF SOMEONE ASKS ME TO DANCE,” she exclaimed in utter horror.

The place of the never-setting “Yes” has a very merry crowd. Perhaps it’s this aura of universal love and acceptance. It has the more dancers and attendees than anywhere else in Toronto. That’s the power of “Yes”.

It is also the place with the worst dancing in Toronto. Musicality? Poor. Floorcraft? None. Rushing around the dance floor and crashing into everyone else within a three foot radius while doing dangerous high voleos and ganchos and space-hogging figures? Plenty. At least they are having fun.

Manolo once gave a little talk about what it was like in the milongas in the Golden Age of Tango. In those good old days, when a gentleman wanted to dance tango with a lady, it was a very difficult undertaking indeed.

Firstly, you had to get past the front door to get into the milonga – if you weren’t dressed presentably or if the organizer didn’t like the look of you, you were out.

Secondly, once you were in the milonga, you had to stand in the MIDDLE of the dance floor and try to catch the eye of the young ladies sitting on the sides. The young ladies, by the way, were all sitting with CHAPERONS i.e. their moms. So you had to be presentable not only to your target but to her mother as well – and that was before you even spoke to her.

The guys practiced for years (or, as the older Argentinians say, “since the time they were still in their short pants”) with their buddies before they even dared step into the milonga. And they better be ready and good when they go, because if you get banned for any infraction of the codes (or plain bad dancing) you were banned for life.

That’s why the good dancers from the Golden Age are so extraordinary. They had to face so many possibilities of “No” that they had to do their utmost to improve their dancing. It was constant competition - and constant excellence. They had to be the best to even dream of dancing the tango.

If you have to make today's leaders go through what the guys went through in those days for tango, no one will be dancing! Poor Man Yung will have to be tossed out on the street! And Irene will have to sit FOREVER with her mom and have no chance to dance.

That being said, the example of "Yes-Land" is cautionary too. Say "yes" to every bogus, half-baked dancer (and every dancer who tries to cop a feel instead of dancing, or who doesn't enforce a strict code of hygiene, or every would-be Fabio) and that said dancer will think it is ok to keep on doing whatever the hell he is doing. He will be able to dance with any tanguera he wants and he will have no drive or incentive to improve or to become a better dancer.
So what is the conclusion, is it "Yes" or "No"?

Thank god I can still dance with Man Yung in the land of the “Yes”. Even though Man Yung will have to be extra quick on his feet to avoid the collisions and the slashing stilettos - or else pack a handy first aid kit.

Thank god I can still dance with Man Yung in the land of the “No”. Even though we might not make it into the milonga itself, we could always dance in the street, or at the bus stop. Perhaps passersby will even toss us change!
Posted by Irene and Man Yung at 7:00 PM

In the words of Nancy Reagan 'Just say no!'

Unfortunately, saying 'no' here in the UK doesn't necessarily mean that the men will improve as there is always some lady that will eventually say 'yes' regardless.

I guess it is a cultural thing and latins (French, Italians, Spanish) understand the meaning of 'no' better than others.

Thanks for relating what Manolo shared about his early dancing years. Yesterday I asked Oscar how and when he began dancing tango. He said he went on his 12th birthday to la Pista de Lima (a basketball court) in his first pair of long trousers to watch the others until he learned. That was a few weeks short of 70 years ago. I enjoyed hearing all the details and recorded our conversation. We have to learn from these men before they are gone.

There are some men who will never improve in Toronto because of exactly what you describe - they will always get someone to dance with them, regardless, because of the man/woman disparity problem (less men than women).

However, some men have improved, because they want to dance with the best followers i.e. "the milongueras". Thankfully, Toronto milongueras know when to say no. We also have "Toronto milongueros" who lead the way by using the cabeceo, dressing respectfully, and dancing like a dream. Hopefully, with the combined force of the two - good followers who will not settle and good leaders who set a great example for the others - the level of dancing can only continue to improve.

Meanwhile, you've guessed right about us "not" dancing too often in the land of "yes"!

Irene & Man Yung, Hereabouts in the UK we now have class teachers telling beginners it's rude to decline an invitation, clubs proudly declaring a "Say Yes" policy, and creepiest of all, the idea that milongas should be "inclusive"... actually meaning anyone entering the the room has agreed to be included the the arms of anyone else in the room, even if those arms are of someone you would not even want to stand next to at a bar.

One beginner told me recently this was all good because "you improve by dancing with lots of people". Her teacher omitted to point out that this is true only if those people are good dancers. Of which there are precious few to be found in these clubs where they are unwelcome unless they agree to dance with bad dancers.

Thanks for commenting on this old post of ours - sounds like the Tango scene in the UK would be a "Utopia" for some of the dancers here in Toronto! Meanwhile we will book our tango holidays elsewhere ;-)

You have actually inspired to write a post - we'll let you know when it goes live!

"sounds like the Tango scene in the UK would be a "Utopia" for some of the dancers here in Toronto!"

Hmmm... I suspect such a move would be one of those that raises the average IQs of both countries... :)