Pee in a bottle 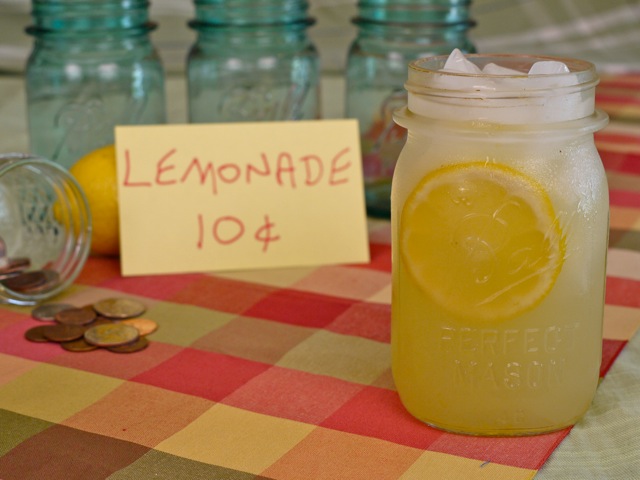 Man Yung swears that this is a true story because he read it in the news.  I'm going to tell the story again - but I'm not going to say, however, where it happened, and what country's citizens were involved, for the protection of the innocent and wicked alike.  Here goes:

A tourist family was eating in a busy restaurant in the foreign country they were visiting.  While they were eating, one of the little tourist boys needed to wee. Tourist mom, being well prepared, whipped out a sturdy wide-mouthed bottle ... so that tourist son can, ahem, "relieve" himself in it right there in the dining room.

A passing waitress noticed and was appalled at the imminent wee-spectacle about to unfold in front of all the other restaurant patrons.  "Ma'am," she said, "There are restrooms upstairs if your son needs to go!"

Tourist mom proceeded to ignore the concerned waitress.  The waitress had to repeat herself several times - each time louder than the last.  A waiter passed by and joined in the futile task of trying to plead with tourist mom of the alternative of (gasp!) using the washrooms in the restaurant for the matter at hand.

Tourist mom was not only not convinced, she was completely irate.  She complained bitterly on Facebook.

"Those damn ____________ (insert name of foreign country) waiters!  How insensitive and discriminatory they are to people like us from _______________ (insert name of tourist family's home country)!  They knew full well that it was COLD!  When you are COLD, you can't be expected to hold in your WEE!  If my son had to go ALL THE WAY to the restrooms, HE WOULD WET HIS TROUSERS!  THAT WOULD MAKE IT A HUNDRED TIMES WORSE. What's so wrong with PEEING IN A BOTTLE?  I have a BOTTLE IN MY HANDBAG always for this kind of function.  That's how they do it back HOME and NOBODY HAS A PROBLEM WITH IT!"

The restaurant rebutted by claiming that it was unsanitary and gag-inducing for the other people trying to eat their food.  Tourist mom's countrymen/women rallied in support of Tourist's mom's tirade - for truly, IT WAS ONLY PEE IN A BOTTLE.  IT WASN'T LIKE IT WAS POO IN A BOX (although there were probably people in their country doing that too, and that's not a problem either!)

The (Tango) moral of this story?

Nope, there is absolutely no need to "Fit with the Natives", wherever you go - and especially not in Buenos Aires!

Find the cabeceo pesky and mysterious?  Go ahead and drag the milongueros and milongueras onto the dance floor by their ears and hairdos (what I really mean is, just go up and ask them aggressively and don't take no for an answer) to get them to dance with you!

Can't find the time to bathe and put on deodorant or to make yourself presentable at a milonga?  Go in shorts and sweats and fumigate the air with your, olor natural!

Annoyed by all the close embrace dancing!  Liven things up with some good ol' open embrace flinging, jumping and kicking!

Quite content to dance 1) off beat 2) off music 3) without grace 4) without feeling 5) as heavy as truck with square wheels 5) like "embracing" a corpse - because that's how you (and your countryfolk) have been dancing for the last twenty years?  Go ahead!

All your Facebook buddies will be sure to support you.  Hooray for cultural tolerance!

My colleague told me she has experienced something similar to "poo in the box". It was poo on newspapers in an air-conditioned double decker bus completely packed with passagers. Obviously the kid was having some stomach problem so he couldn't wait. You can imagine the bus had turned into hell for the other passagers.

Thank you for your comments and VL, we're very sorry that your colleague had to go through that ordeal!

Here's hoping that people who can't tell acceptable from unacceptable behaviour will learn the difference one day and have more cultural sensitivity and empathy for their fellow human beings - especially when they are traveling to foreign countries!