Doing my bit for the follower/leader disparity problem in Toronto 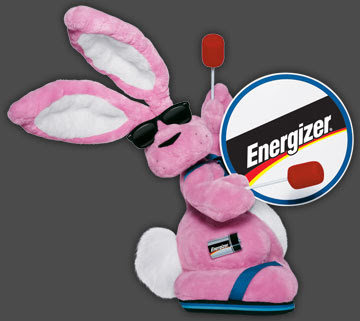 I happen to be one of those followers who go to milongas just to dance with her significant other.

This is because I happen to enjoy dancing with Man Yung. This is also because Man Yung is more than a handful. He can dance all night; I cannot. So if I have any energy, if I can still stand in my Comme Il Fauts without wincing in pain, I dance with Man Yung.

I wish that the cabeceo was the general rule instead of the exception in Toronto, because if that was in effect, it would save the poor gentlemen quite a bit of embarrassment when I turn to them and say - "No."

"But you're so mean, Irene!" sobbed Man Yung as he prepared the soup. "If you don't agree to dance with the significant others of these followers that means they might not be allowed to dance with me next time! I really enjoy dancing with these ladies!"

"Too bad, Man Yung," I responded. "We have more followers than leaders in this community. I'm doing my bit to alleviate the follower/leader disparity problem in Toronto by not dancing and by letting you dance as much as you want to in the milonga. However, if you have already worn out all the single followers you proceed with all the attached followers at your own risk!"
Posted by Irene and Man Yung at 6:30 PM

Ah yes, but what a triple tragedy - for Man Yung, for the unlucky gentlemen who ask me, and for my poor feet!

Does that mean you don't dance with the milongueros in Buenos Aires? Or you only dance with others when in BA?
As for the rest Irene, life can be tough sometimes. As for your feet, nothing a good foot spa and massage won't cure. :)

Dance etiquette disasters are much less common in Buenos Aires than here in Toronto – and this is all thanks to the cabeceo! The milongueros have their eye on everything that’s happening, so they know that I have arrived at the milonga with a partner. I don’t get asked to dance the regular “Toronto” way. If a milonguero is really itching to dance with me (for whatever strange bizarre reason) he will make an effort to “cabeceo” both Man Yung and myself – that is, try to make eye contact and start a friendly conversation. The milonguero will ask Man Yung and myself whether it would be ok if he asked me to dance later, and then I’ll get the cabeceo from that gentleman (if I’m looking in his direction). If we are in between songs in a tanda and talking on the dance floor with the said milonguero/tanguero and his partner, we might switch partners right there and then. And then we also get the perk of dancing with the people we are hangin’ with at the milonga – like Alberto and Paulina and their friends, or Osvaldo and Coca’s “crowd” (yes, they have a posse) etc.

I am less tired in the milongas of Buenos Aires than in Toronto. This could be because Man Yung is sitting more! Firstly, there’s lots of good dancing on the floor for him to watch in Buenos Aires – whereas here in Toronto there’s nothing for him to see in general, so there’s nothing to distract him from dancing every tanda all night. Secondly, Man Yung realizes that Manolo or Alberto or Osvaldo may be frowning on the crazy “dancing all night” thing when he should be more restrained and dignified! This translates into: More Time To Rest. And that's always a good thing, even if Man Yung gives the best foot massages, ever!