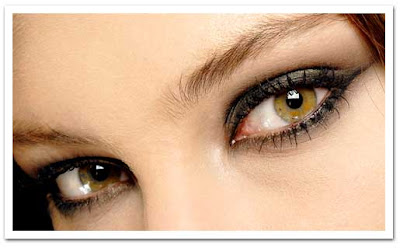 By the location, the venue, the music, the quality of dancing and high level of attendance, Lorena and Berenice’s brand new milonga “La Cachila” located on the white-hot Ossington strip (100A Ossington Avenue, Sundays 9 p.m. to 1 a.m.) is “THE” place to be for tangueros and tangueras in Toronto on Sunday night.

We had a little bit of free time to spare from our gansey-knitting and buffet-eating to attend La Cachila over the past two Sundays and had a great time. Lorena is a most gracious and charming hostess, and the music of DJ Berenice was very danceable, with the music on the second night we went surpassing the music of the first night – none of the usual monotonous repetitiveness or lack of variety that we have been finding recently in some of the other venues in Toronto.

But what was really special about La Cachila’s Labour Day weekend milonga was Lorena’s little experiment with the attendees - namely, with the “Cabeceo”.

The cabeceo may be de rigeur in Buenos Aires, but here in Toronto, it’s usually a mad frenzied free-for-all when it comes to soliciting potential dance partners. I myself have been quite annoyed when asked to dance by leaders I have absolutely no desire to dance with despite being visibly occupied with eating, talking to my neighbour, surfing the internet on my smartphone, taking a nap, or deliberately looking in another direction, running for the washroom, wearing no shoes, etc. etc. Man Yung doesn’t mind so much about being ambushed because he loves to dance with everybody - but after six tandas of tango whirling dervishing with “Dancing Dynamo” Man Yung, the last thing I want is a tanda with anyone else. Thank God someone is trying to introduce the cabeceo to Toronto Tango ... at last!

For a few tandas last Sunday, Lorena gently directed the leaders to take their seats on one side of the room, and the followers on the other. Couples sat on the third side. And although some of the dancers unfamiliar with the cabeceo were hesitant at first and there were a few awkward moments of misunderstanding between some of the cabeceo rookies, within seconds people had found their match and the dance floor was filled with dancers for every single tanda.

In the past, we have suggested to other organizers about introducing the cabaceo to their traditional milongas. The organizers we have spoken to have generally concurred that the cabeceo is a great idea, but no one has ever followed through with this. There’s this general fear among organizers that people in Toronto won’t get it, or they won’t like it, and they’d go someplace else to dance. In fact, we heard dire predictions that the cabeceo will result in nothing less than Tango Calamity - the dance floor would become a wasteland and it would get so quiet as people would either be too confused or too embarrassed to dance that you’d be able to hear the crickets chirp and the pins drop.

But surprise, surprise, this was not the case last Sunday at the La Cachila. In fact, most people (with a show of hands after the experiment) liked the using the cabeceo. We observed that people were dancing as much and as intensely, or even more so, than when they were not using the cabeceo.

We have our own theory about this. Despite what some trendy (or clueless) extranos may think, the cabeceo is not just some silly old outdated ritual that they follow in Buenos Aires for no particular reason. The cabeceo actually works to bring two people who want to dance with each other together - but there's more to cabeceo than just functionality. The embrace begins before the dancers hit the dance floor, with the meeting of the gaze, the nod of the head. The poetry that is communicated by the cabeceo does not require words. The cabeceo is magic: without it you lose a bit of Tango's heart and soul.

It is fascinating to watch our Toronto milonguera friend use the cabeceo. She is a pro, having honed the skill in the milongas of Buenos Aires. When we are at the milonga together, she'd be talking to us one moment, and then, without us knowing what had happened, she would be drawn to the dance floor by some mysterious force, right into the arms of her favourite dancer. After the tanda she would return to her seat, perfectly nonchalant and completely composed, keeping her calm and regal bearing even as she assesses the dancing skills of the leaders on the floor and scans the room for her next dance partner. She never looks desperate and never breaks a sweat. It's amazing.

I wish Toronto Tango could be so dignified - the practice of the cabeceo would certainly help. Instead we see dancers begging and bullying: coaxing, whining, pleading, threatening, shadowing, giving the evil eye when rejected, you name it, you got it. Sure it looks "lively" and "friendly" and "jolly" and "noisy" to have so much commotion and wheeling and dealing going on, but somehow all this contributes less to the atmosphere of Tango and more to the sights and sounds of ... a Fun Fair, or perhaps a Barnyard.

Not every milonga in Buenos Aires is arranged strictly with women in one row on one side and men in one row on the other side - some of the barrio milongas, like Glorias Argentinas or Sin Rumbo are frequented mostly by couples and they have a different seating arrangement and different dynamic. But many of the downtown ones, like the ones at Maipu 444, Lo de Celia, El Beso and Centro Region Leonesa, have similar layouts for seating as the one at La Cachila during the cabeceo experiment. Others, like the ones at El Arranque, Viejo Correo, Saraza and Fulgor de Villa Crespo, will have "sections" of tables in groups in which men and women sit apart. But no matter where you go in Buenos Aires for serious dancing, the cabeceo is important - as it should be.

It is a fine idea for the cabeceo to be imposed in Toronto Tango and we are so happy to see it being introduced at La Cachila. Not only can Toronto dancers practice this integral part of Tango right in their hometown, the consistent use of the cabeceo can also bring a little of the tradition, quality, decorum - and yes, magic - of dancing Tango in Buenos Aires back to Toronto.*

* Having said all that, please make no mistake, neither Irene nor Man Yung are experts at using the cabeceo. In fact, do not do as Irene did at El Beso in February of 2008 - in which she was not only totally oblivious that Tete wanted to cabeceo her, Tete actually had to cross the dance floor from the opposite side of the room, disrupt a whole row of people and finally get Alberto Dassieu to get Man Yung's attention to get Irene's attention that Tete wanted to dance with her.

Well, if Tete wants a dance...

Cabaceo is discussed in London, and used casually. I can usually catch the eye of someone who I know well, and get a dance with her. But it wouldn't happen with someone I don't know, because the rules aren't established.

Personally, as a visitor, I found the 'line up' at Maipu 444, Centro Leonesa and others, quite intimidating. I think it's worth mentioning Salon Canning and Porteno y Bailarin, where women and men aren't lined up opposite each other across the floor: there are tables occupied by women and tables occupied by men, and men – and to some extent women – wander around catching eyes and getting dances. This seemed a lot more 'humane' to me. But this wouldn't really work in London either, because our social situation is more fluid and a lot less formal: men and women expect to share tables. I suspect that the best we can expect is to persuade men out of the habit of standing over women expecting them to get up and dance. It can all be dealt with in a quick look.

Can Toronto show Europe how to make this elegant custom work in a contemporary situation? The cabaceo makes milongas more seriously dance-focused. Keep us posted!

We are just taking little baby steps here in Toronto with respect to the cabeceo - hopefully it would stick but as you say, the situation is more "fluid" with these milongas outside of Buenos Aires...

Good observation about the cabeceo making the milonga more "dance-focused" - in fact, a Tanguero remarked to us yesterday that he noticed that the quality of the dancing seems to be better when the cabeceo is being used.

Thanks for your comment and your observations about Salon Canning and Porteno y Bailarin! We have never been to P y B and only went to Salon Canning once - we were too busy talking to Martha and Manolo on our last night in Buenos Aires in 2008 to notice what was being done there cabeceo-wise.