There's nothing like taking a shower and lounging in the hotel room after a hot, sweaty, dusty day walking about in Buenos Aires. We spent the rest of afternoon indulging in nap-taking, email-sending - and soccer watching! Man Yung is is heaven in Buenos Aires, not only because there's tango, but also because there is always soccer on tv.

Late afternoon the storms came. It got pretty wild out there with the thunder and the rain. The news announced severe flooding and horrible weather conditions for the evening. We thought we were lucky to miss the flooding that had happened the day before we arrived - but now it seemed like we were going to be stuck right in the middle of it anyway.

We received a call from Alberto - he was concerned about the weather too and wanted to "wait and see" before deciding to meet at the milonga. We suggested that we cancel for tonight, we could always meet up later as there was a week and a half left on our trip. It was disappointing but we didn't want Alberto to drive out and get stuck in three feet of water just to meet us. It was also an good opportunity to take some rest. Sometimes Buenos Aires is just too exciting and we don't take good care of ourselves even though we are totally exhausted. In any case, we promised Alberto we could meet again on Friday after the Camicando festival classes.

So we take a look outside at 9:30 p.m. and guess what, the roads were dry and the cars were zipping by without nary a hint of waterlogging.

So what do we do? Instead of being "good" we decided to be "naughty" and head out to a milonga. Consulting the Tangomap, we saw there was a milonga at "Plaza Bohemia"/Maipu 444. We had heard on our last trip that apparently lots of "good" dancers go there. It was time to check it out.

We took a taxi and it took us on the other side of the big Av. 9 de Julio. No rain, just another mild beautiful glittering Buenos Aires night.

Maipu 444 is a venue on the second floor up a steep flight of steps. It’s small and there’s a bar on one end, a floor with blond wood, and a DJ booth elevated up up on high on one side. In contrast with the lack of activity in the streets, the milonga was packed to the rafters with dancers.

Since we were a couple the organizer seated us right at the back next to the window overlooking the street. The tables in the front and along the sides were filled with “single” men and women. The place has more "big name" milongueros per square inch than any other place we have gone to so far. Cacho Dante, Ricardo Viqueira, Abel Peralta, Rueben de la Pompeya (hello again!) and other assorted top leaders lined one side of the room. On the other two sides of the room: lots and lots of hungry looking women in their four-inch Comme Il Fauts and sexy outfits. Rrrrrrrrooaaaarrrwww! 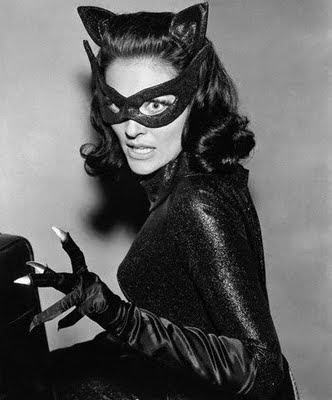 Hiiiisssssssssssssssssttt! Hands off MY milonguero!
From what we observed at Maipu 444 (and perhaps in other places too), bagging a "milonguero" to dance with you is serious business. The competition is stiff! So how does a follower get a dance? First, you better be a good dancer, because the standard here is top of the pops. Secondly, you have to look attractive. The young and sexy definitely have an edge - and so do the conspicuously rich. Thirdly, it helps to be a regular so that the other regulars have a chance to observe you in all your glory.

Fourthly - (for the very advanced only) you could try FACE DANCING. The fact that one can dance with one's face in Argentine Tango did not even occur to us until we attended this milonga and saw it in live, technicolor action. Hate it or love it, it works like a charm. It may give us the heeby-jeebies but we have to admit, not only "Irene" but "Man Yung" would face dance too if they were competing with ONE HUNDRED other women for FIVE milongueros. Survival of the fittest!

We managed to navigate the the teeny-tiny space between the packed bodies on the floor without being stomped to pieces and more or less with the music - what a feat! Some burly argentinian guy sitting a few seats from us gave us a thumbs up when we passed by on our way to our seats in Siberia. Perhaps he was thinking: "Way to go, funny-looking little chinese people! I thought you would be massacred in this crowd!" Ruben was really friendly too, we said hello and he kissed us both at two different times during the milonga.

Then BOOM! The power went out at the milonga around 10:30 p.m. The air conditioner, which had been operating at full blast (the milonga was a "disco human inferno" with all those people, even the milongueros were wearing short-sleeved polo shirts and not suits), finally blew a massive fuse. There was a bewildered commotion but luckily no stampede for the door. Gradually, people started to leave. We stuck around for around 15 minutes more, observing the organizers trying to locate the problem, shining their flashlights up and down and scratching their heads. To no avail. They looked pretty darned confounded by the problem, so we left. And went to Lo de Celia!

The taxi driver scared us a bit by saying that we should be careful around Lo de Celia, it was in a bad area filled with thieves and prostitutes. Well, the area isn't as nice as the area we are staying in, but it was still ok - thankfully we didn't get mugged or propositioned in the three metres we had to walk from taxi to the door. The milonga was upstairs on the second floor.

The milonga was kind of empty. People stayed away because of the rain. Certain dancers may consider the level of dancing at Lo de Celia lower than that of Maipu 444, but then they may have been hoping to see more ram-rod straight "Compeonato Salon Tango" dancers in crisp suits with the deadly serious "Somebody killed my goat - I revenge with Tango Walk!" expression on their faces.

If you aren't measuring tango by this, ahem, "rigid" (but currently trendy) standard you would find the the dancing at Lo de Celia wonderful - musical, emotional and honest.

Lo de Celia
People were enjoying themselves at Lo de Celia. The floor is really nice - granite tile, but really slippery, like oil or butter, so you can glide along - and the music was excellent.

We had a blast at Lo de Celia, even though the milonga finished soon, shortly after midnight. We just danced with each other, shared a beer, and didn't care a whit about "not embarassing ourselves in front of Cacho Dante". There were people who recognized us from Glorias Argentinas - and they said hello and were really friendly.

Afterwards we went to eat pasta and empanadas La Madeleine, the 24 hour restaurant near our hotel, and we were back by 1:30 a.m. - a record. Our evening was not spoiled in the slightest by the weather.
Posted by Irene and Man Yung at 8:27 PM

Irene, I really enjoyed this post and absolutely love the video! It really showed how the milongueros go in and out of traspie dancing milonga, and, well, it was lovely. Thank you.

If only videos of milongas in North America could be so uniformly enchanting as the one at Lo de Celia!