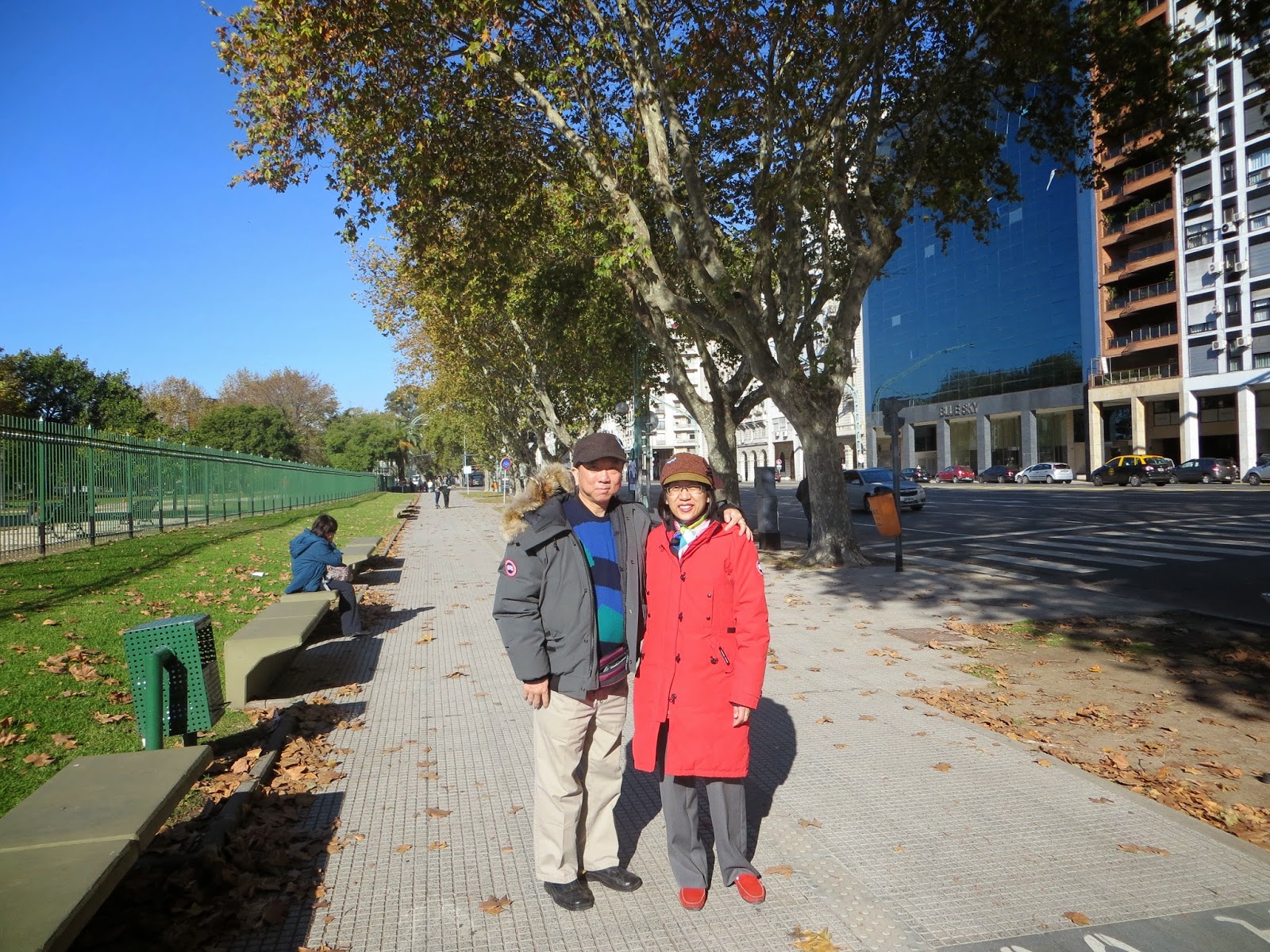 We just returned from Buenos Aires!  We have colds and we are exhausted.  But not too exhausted to tell you what is trendy/not trendy right now in the Tango Capital of the World!:

TRENDY:  Lionel Messi.  His face is everywhere on TV, in billboards, in the news.  World Cup in just a few short weeks!  The hopes of all of Argentina are pinned on him and the rest of the team.

NOT TRENDY:  Buenos Aires.  We have never seen so few tango tourists before in the city.  In 50% of the milongas we went to, WE were the only tourists.  In the rest, there would only be a handful more.  Is it the chilly weather?  Is it because tourists are timing their trip for the Campeonato?  Or is it because of the rise in crime?  Or the slow implosion of the Argentine economy?

TRENDY:  Porteños "Just Dancing" at local milongas.  They are just desperate to dance, and many dance tanda after tanda after tanda.  No more sitting all night and waiting for one or two tandas with the perfect music and the perfect partner.   Or perhaps, due to rising prices and anxiety about the future, any music is good music and any partner is a good partner - the more you dance, the better bang you will get for your peso.

NOT TRENDY:  Exhibitions.  If the Porteños are there to dance, dance, dance, they don't want their dance time to be interrupted by a 15 minute show by yet another aspiring Campeonato couple.

TRENDY:  Platform shoes.  Every shoe store stocks them, in heights of two, three or even four inches.  Will being taller make you feel better?

TRENDY:  American Fast Food chains.  Every year it gets worse - McDonalds, Burger King, Subways (!?!!? We have lots of these in Canada but we don't actually know of anyone who eats at these.  The ones in Buenos Aires are doing brisk business) every half block. Who wants to have expensive, quality ice cream at Freddo's when you can get two soft cones at McDonald's for 9 pesos?

TRENDY:  Skin-tight leggings in every colour and pattern and material.  Unfortunately, they do nothing to camouflage or to smooth over lumpy, jiggly behinds or thunder thighs - which have become more and more common since all the Porteños we have seen on the street on average seem to have gained a lot of weight since our last trip.  In 2007, we wondered why Porteños were so skinny even after eating all that pizza and pasta?  Now, we wonder why they have become so fat. Can it be the invasion of American fast food and American stress-eating habits?

NOT TRENDY:  Nuevo Tango.  We saw a total of ZERO persons dancing in this style - ok, we go to mostly traditional milongas but pre-2010 you were bound to see a few silly souls still doing colgadas and volcadas like New Tango wasn't old and dead.  We were actually amazed to see a famous formerly Nuevo Tango couple dancing - Campeonato/Show Tango style!  He still sported the dirty beard, scruffy hair and raggedy clothing and was constantly staring at the floor while he danced like he was looking for spare change - but give him a haircut and put him in a spiffy suit and you wouldn't be able to tell the difference between him and all the hundreds of Campeonato hopefuls soon to be invading the city.

NEVER OUT OF STYLE:  The love of family and friends.  Honesty.  Genuine smiles, warm embraces.  The feeling of just being happy to be together, once again, after a long time apart.