We have been very preoccupied this past week.  In fact, our usual "undivided" (yeah, that's right!) attention to Tango had some pretty stiff competition from happenings in "The Real World".  Like, for example:

1.  Massive protests in Hong Kong over the Communist Brainwashing curriculum: 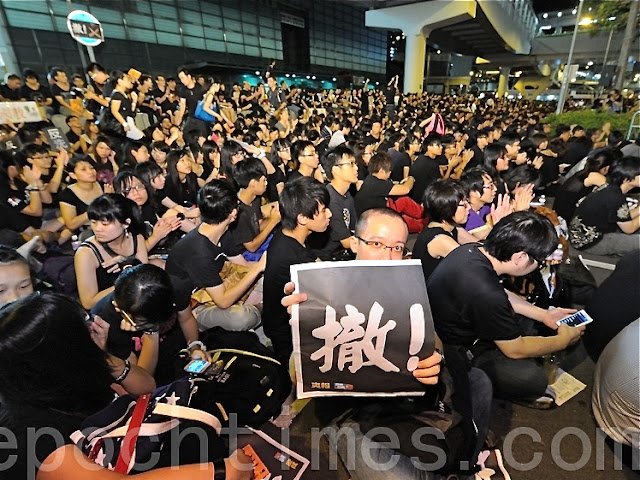 There was a huge protest outside government offices by students, parents and teachers (over 120,000 people).  Some participants staged a hunger strike.

"What's going to happen?  Will the government back down?  Will the communists send in tanks and soldiers and turn it into a second Tiananmen Square massacre?" we asked each other.

Finally the Hong Kong government relented (as if!) and announced some kind of sneakily worded (non)compromise...

And then we were worried all weekend that the student protestors would 'buy' into these lies and believe that the Hong Kong government would truly give up on their Communist brainwashing tactics.  We were relieved when the student protestors issued a statement indicating that they were fully aware of what the government was up to, and that they are continuing this brave fight.  Bravo!

Sure, we are in Canada, but we were scanning the internet all weekend for news and results.  Go! Go! People Power!

I mistakenly joined the left shoulder to the right shoulder when I was knitting the shoulder straps for my Alice Starmore "Eriskay" sweater.  Had to rip out three inches of knitting!  Ouch! 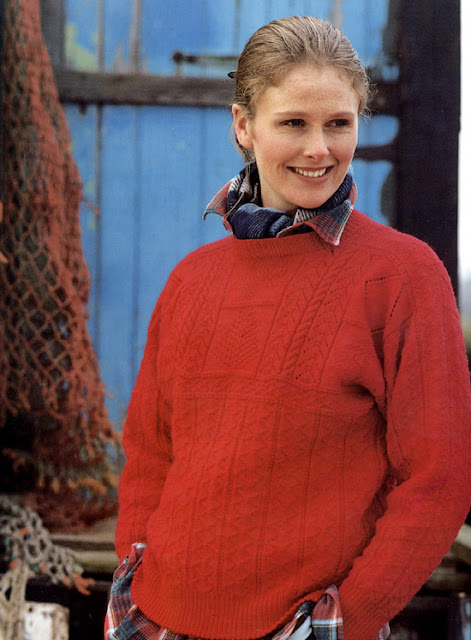 "Now, let's see....I can't really cut into my chocolate and ice cream, shoe, makeup and clothing budget - and we still have to eat.  I know what - no whisky for you this month, Man Yung!" I concluded triumphantly.

Isn't it a bummer when the ceiling of your underground parking spot is leaking and your car gets covered with bits of ceiling plaster and suspicious-looking grainy brownish water?

I asked the contractor, "Did someone's toilet overflow?"

The contractor assured me no.

Whether I believe him is another story. 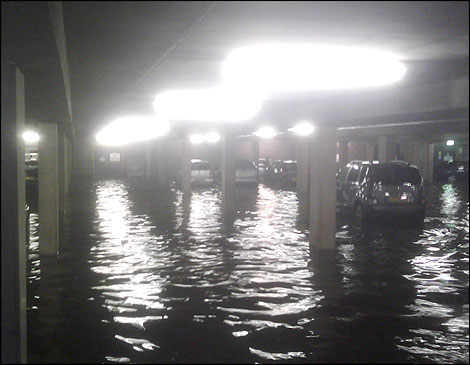 With all this stuff going on, it is a wonder that we even made it to Tango.  But even when we were at Tango, we were obviously thinking about something else....

....Which happened to be a good thing.  We were so distracted, we didn't even notice that:

1)  The DJ played rhythmic music all night!
2)  Crazy dancers with no concept of personal space had invaded the dance floor and were writhing and intertwining like hundred tentacle demons from Tango Hell!
3)  The guest performance was nothing to write home about (unless, of course, all you wanted to do was bitch about how ghastly it all was)!
4) When tasty complementary snacks were laid out, everyone flocked over to the table like it was in the middle of a Communist China famine and grabbed all they could with their grimy, sweaty hands and created this giant germy health hazard that got communicated to everyone else they danced with, and everybody else that those people danced with etc. etc.!

and last but not least -

"We should find even more sources of distraction in the future!" said Man Yung.  "This way, we can mosey on right down to the hot burning flames of Tango Hell - and we will literally have our asses on fire and wouldn't even feel a thing!"