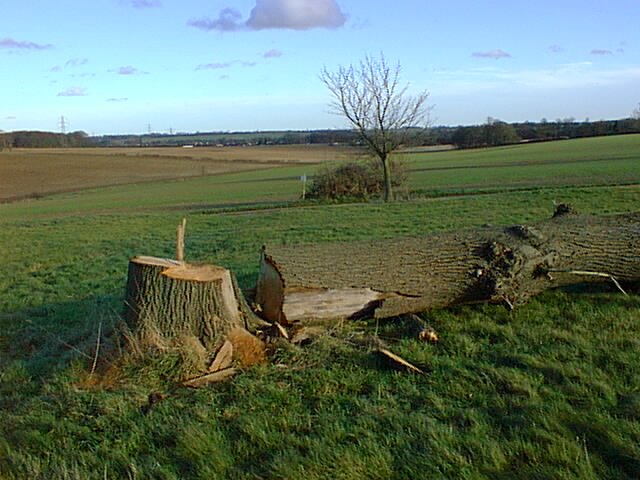 The City is felling trees in our neighbourhood.  Every day on my morning commute I see the work crews with trucks and equipment parked in front of their next targets.  By afternoon not even the stumps are left - only naked flat discs flush with the ground where the trees had been.

I feel sad that those trees had to go.  Some were large majestic trees - several stories tall, decades old.  Those trees had grown up side-by-side with the community.  The children who had played in their shade became teenagers, then adults, and eventually moved away and had families of their own.  New children took their place, and the cycle started again.  The trees had always been there.

I understand why they had to cut down the trees.  They may have been infected by beetles, or perhaps succumbed to some parasitic growth.  The trees had looked sickly lately - the leaves thinning out, the branches brittle and breaking in even the slightest wind.  If they were allowed to remain alive, they would eventually die anyway and spread their disease to other trees.

"Don't be too upset," said Man Yung when I told him what was happening.  "So long they are planting new trees to replace the old, dying ones, it would be ok."

Sure enough, they soon planted saplings around where the old trees once stood.  Still, I miss those old trees.  It isn't easy to give up something you have become attached to.

It is hard to throw away favourite old clothes that don't fit - or that went out of fashion years ago.  Maybe you are hoping to revert back to your former size, or perhaps fashion will come back a full circle so your items will become trendy once more?  It is hard to get rid of old greeting cards, keepsakes, knickknacks - someone perhaps long gone once put thought into these gifts, or these things may be reminders of happier times.  It is hard to get rid of old habits.  As they say, they die hard.  And you may not know any other way to live.

Nevertheless, you need to get rid of the things that are no longer relevant, that are infecting and poisoning your life, that are stopping you from starting off fresh and new.  You have to give up your sentimental attachment.  Those tango figures that give you a 85% chance of colliding into the couples around you?  Forget them!  That adornment that makes you stab yourself in the toe every other week!  Stop doing that!  Those tango teachers who you used to think were good but never taught you anything useful and by now you know are just ripping you off?  Lose them!

Just give them time, sunshine, and rain... those new trees will become something beautiful, we promise.

"So long they are planting new trees to replace the old, dying ones, it would be ok."

I expected writing about milongueros viejos who are dying and can never be replaced by a new generation.

The Milongueros Viejos may not be replaced by the current generation by the looks of the way many of the current generation dances, but it doesn't mean that we would never have another golden age of tango all over again. The more people dancing tango, the better the chances will be that we will nurture the development of potentially great tango dancers. This has become more likely through the increasing exposure of videos and other information of the dancing of the older generation to contemporary dancers.

On a different note (and related to the post) the current tango scene would greatly benefit from getting rid of "Dead Wood" - dance styles that don't work in a social dance setting, teachers who can't dance and can't teach, etc.