Winter won't stop us from going to a milonga! 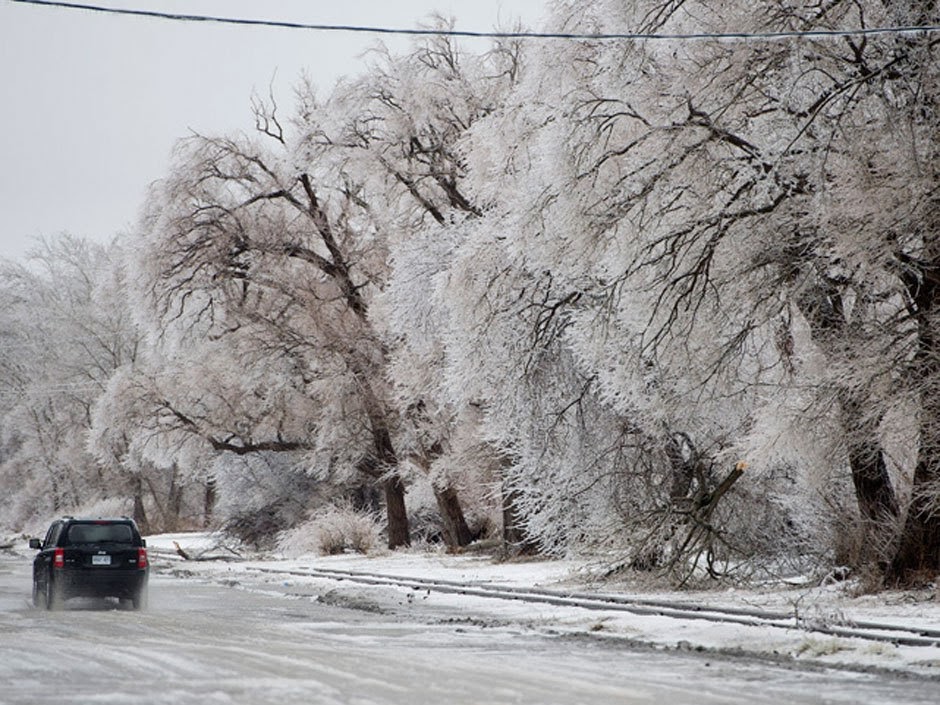 This probably won't stop us from going to a milonga (if there were any open, that is)

We are having the coldest, iciest, snowiest winter in Toronto in recent history.  Someone just told us that spring is around the corner in just a few weeks - and when we heard that, we thought cynically, "Yeah.....right."

All this winter has not stopped us from going to local milongas.  We were at a milonga on the December night the treacherous ice storm started.  We were so focused on going to the milonga we ignored the weather reports and didn't know that the anticipated ice storm was going to be so bad until concerned friends text-messaged us while we were at the milonga to ask us whether we were ok.

We have noticed that the non-stop winter has dampened some local dancers' mood for going to milongas.  In fact, from our (possibly slightly tango-insane perspective) it is very interesting how easily people are deterred from going to dance.  A sudden rain.  The Academy Awards.  A long weekend.  A family event.  For a lot of dancers, there's an endless list of excuses not to go!

These are some of the things that have not stopped us from going to dance:

We have gone in snowstorms, ice storms, flooding, heat waves.  Exception: when the weather gets so bad that the organizers cancel the milonga - well, despite all our eagerness, we can't go, can we?

2.  Weddings of friends and relatives

We still reluctantly go to the wedding, but we sneak out early at times that Miss Manners would frown upon - so that we can still catch the last eight tandas.

The Company no longer holds Christmas dinners on a weekend nights because the Company knows that Irene won't be going if there is a milonga on.

Irene wants to watch, but Man Yung says there's a milonga on!  Irene never gets to know whether the lead characters in the show ever got together/ended up killing each other/found out who killed JR.

5. Something interesting is happening around town

Apparently, there is nothing more interesting than Tango (No, we aren't going to Nuit Blanche again!).

However, some of these things have stopped us from going to a milonga:

1.  We don't like the music that the advertised DJ usually plays.  This could be because of the selection, or the ear-splitting health impairing unmoderated sound.

2.  We don't want to watch the advertised "Show" because we know that it will be lousy, either from being unfortunate enough to have seen the performers perform before in person or on Youtube.

3.  We know from experience that the class before the milonga will run late, we mean, not 5 or 10 or 15 minutes late but 20 OR 30 OR EVEN 40 MINUTES LATE and will cut into the dancing time.  One such visiting instructor (who gives lousy shows, by the way) "shushed" us when we started to complain - she was half an hour overtime, and what was she teaching anyway?  A bunch of crap that no one would get and is absolutely useless in a milonga.

4.   We have to pay extra admission for food we won't eat and a show we won't want to watch, just because it is a "special milonga".  If dance time is extended to compensate for the time lost on the show....ok, we're on the fence and it's 50/50 whether we will go.

5.   The floor is so sticky and/or hard we would wrench all our knees out of their sockets if we tried to pivot.  We are getting on in years and we have to be protective of our joints.  No more tango street dancing for these old folk!

6.   The milonga is filled with crazy inconsiderate dancers doing dangerous moves.  Even though a trip there will give us enough fodder for blog posts for the next three months, we acknowledge that bloodshed and fisticuffs are things that should be avoided.

7.   The milonga is too far.  Gas is expensive these days.

What's keeping you from going to the milonga?

Have a look at a real winter milonga:

What a pity that this winter in Moscow lacked snow so much...